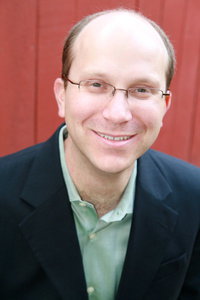 No site embodied this struggle more completely than St. Louis, the largest city along the border of slavery and freedom. This sweeping history reveals a city at the heart of the cultural civil war. St. Louisans heralded a new future, erasing old patterns as the United States stretched across the continent. They tried to reorient the nation’s political landscape, with westerners in the vanguard and St. Louis as the cultural, commercial, and national capital.

The interplay of local ambitions and national meanings reveals the wider cultural transformation brought about by westward expansion, political strife, and emancipation in the era of the Civil War and Reconstruction. This vibrant and beautifully written story enriches our understanding of America at a crossroads.

Adam Arenson was born in San Diego, continued his education at Harvard and Yale, conducted his research in St. Louis, Jefferson City, Columbia, Hermann, Hannibal, New York, Chicago, Davenport, Rock Island, Moline, New Haven and Cambridge, teaches in the History Department at the University of Texas at El Paso, and lives with his family in Los Angeles. His website is http://adamarenson.com/.