This meeting was not held because of COVID-19 concerns. Watch this website for potential rescheduling.

Tom Roza on “The Presidential Election of 1864” 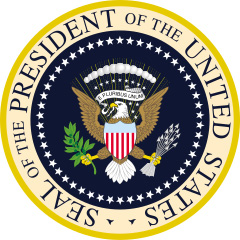 Throughout its history as a democracy, the electing of a President has become one of the most important decisions Americans make as citizens. We not only select a political leader to guide our country through its legislative process, but also a person who is the Commander in Chief of our military and who in partnership with Congress, is responsible for the security of our nation.

Over the 230 years as a country, some presidential elections have become more significant than others. In his nearly 60 years of being a student of the American Civil War and the history of our country, Tom has concluded that the presidential election of 1864 has become the most critically important one. A civil war continued to rage and the destiny and future of our country was at stake as at no other time before or since.

Given that 2020 is a Presidential election year, this presentation on another very important election is particularly appropriate and timely.

Tom Roza has been a student of history for over 60 years. His interest in history in general and the Civil War in particular began with his elementary education in Milwaukee, Wisconsin, and has evolved ever since. As an officer and the Secretary of the South Bay Civil War Roundtable, Tom has made numerous presentations on the topic of the Civil War to both his Roundtable organization and other historical organizations in the Bay Area. Tom is also a published author of the book entitled Windows to the Past: A Virginian’s Experience in the Civil War that has been accepted by the Library of Congress into its Catalog; Tom is currently working on a sequel entitled Lost Cause – Justice Found.

This meeting was not held because of COVID-19 concerns. Watch this website for potential rescheduling.

Civil War Quiz: What Do You Know About Generals to Politicians and Politicians to Generals?

This quiz was created by Roundtable member Mark Costin.

Q#1 – This Civil War general was very significant in the history of the Whig party. Who was he and why was he significant?

Q#2 – This general finished second in the 1880 presidential election. Name him.

Q#4 – John C. Breckinridge was the 14th vice-president of the United States and became a Confederate General. He was commander at what Confederate victory and what position in the Confederate government did he hold at the end of the war.

Q#5 – Of officers without previous military experience, he was one of three to achieve the rank of lieutenant general in the Confederate army. He was elected to the South Carolina General Assembly in 1852 and served as a state Senator from 1858 to 1861. After the Civil War he narrowly won the bloody 1876 election to became governor of South Carolina. Name him.

Q#7 – This Civil War general and author made two unsuccessful bids for a seat in Congress (in 1868 and 1870) and was appoint territorial governor of the New Mexico Territory, where he served from August 1878 to March 1881. Name him and his most successful novel.

Q#8 – This Confederate cavalry commander in 1880 was elected from Alabama as a Democrat to the United States House of Representatives. He later served as major general of volunteers in the Spanish-American war. Name him.

Q#9 – Future president Rutherford B. Hayes ended the war as a brevetted major general. In which campaigns of the war did he mainly serve?

Q#10 – Future brigadier general and president James A. Garfield only personally commanded at one battle. Name it.

Q#11– General George B. McClellan, as the democratic candidate, lost the 1864 Presidential election to Lincoln. Did ever he compete for any other political office?

Q#12 – This Civil War general was a member of the House of Representatives and an important ally to Illinois Senator Stephen A. Douglas. His commission as a general was based on Lincoln’s desire to retain political connections with the Democrats of Southern Illinois and he eventually became second in command under Ulysses S. Grant. Who was he?

Q#13 – How was General John C. Frémont, Union commander at the battle of Cross Keys, very significant in the history of the Republican party?

Q#14 – This Civil War general was a Republican member of the House of Representatives for Missouri prior to the war. He was appointed a colonel of Missouri volunteers in July 1862. He was promoted brigadier general of volunteers in August 1862 and then to major general in November. He commanded a division in the Vicksburg campaign and in the fighting about Chattanooga, and was one of William T. Sherman’s corps commanders in the final campaigns in Georgia and the Carolinas. After the war he opposed the Congressional Reconstruction policy, and on that issue left the Republican Party. In 1868, he was the unsuccessful Democratic candidate for vice president, running with Horatio Seymour. Who was he?

Q#15 – He was an attorney, the first Chief Justice of Kansas and leading free state advocate and Union Army general during the American Civil War commanding the defense of Fort Davidson at Pilot Knob, Missouri during Sterling Price’s raid. After the war he became a two-term United States Congressman from Ohio, 1877–1881 and narrowly lost the 1880 campaign for Ohio Governor. Who was he?