Abby Eller on “Judah Benjamin, The Brains of the Confederacy” 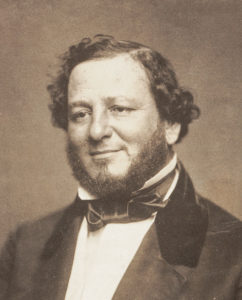 Abby Eller joined the Peninsula Civil War Round Table in July of this year. She and her husband Dave live in Menlo Park. Abby has been an American history buff ever since high school. In 2013 she joined Historic Union Cemetery Association based here in Redwood City.

Civil War Quiz: What Facts Do You Know About Robert E. Lee and Ulysses S. Grant?

Q#2 – What was Ulysses S. Grant’s actual name at birth and what does the letter ‘S’ in Grant’s name stand for?

Q#3 – Lee was born on his father’s 51st Birthday. What are the origins for giving him the names ‘Robert’ and ‘Edward’?

Q#4 – After Grant resigned from the Army in 1854, he spent the next seven years in several professions: farmer, real estate agent, and rent collector. What was the job he performed on St Louis street corners?

Q#5 – What reason did the Federal Government give to justify the seizing of Lee’s home ‘Arlington’?

Q#8 – Where did Grant rank in his West Point graduating class of 1843?

Q#9 – Lee served as a tactical commander in the Mexican-American War under what General?

Q#10 – Grant struggled with alcohol throughout his life. During the Civil War, Grant’s penchant for binge drinking was usually kept in check by what person?

Q#11 – What was the result of Lee’s first military operation as a Confederate general at the Battle of Rich Mountain that took place on July 11, 1861, in Randolph County, Virginia?

Q#12 – What was Grant’s and his wife’s reason for declining the invitation to attend the play at Ford’s Theater with President Lincoln and his wife?

Q#13 – Lee never referred to Northern soldiers as “the enemy”. What phrase did he use to refer to them?

Q#14 – How did Grant prevent Robert E. Lee from being charged with treason after the Civil War?