Based on “The Battle of Payne’s Farm, Nov 27, 1863: Command & Competency During the Mine Run Campaign” by Ted Savas

Q#2 – What two roads did Union General Meade plan to use to get behind Lee’s Army?

Q#3 – What event of Mother Nature caused Meade to lose the element of surprise in getting his campaign started?

Q#4 – On Nov 27, what delayed the III Corps from joining up with the II Corps at the Robertson Tavern as planned?

Q#5 – What road did Confederate Gen. Edward “Alleghany” Johnson march his troops on to confront the Union II Corps?

Q#6 – What maneuver tactic did the 37th Virginia Regiment employ to deceive the Union forces attacking the Confederate left flank?

Q#7 – What were the names of the generals that commanded the two brigades of Confederate General Johnson’s right flank?

Q#8 – What was the significant piece of terrain that bordered on the right side of the Madison Payne Farm?

Q#9 – What was the name of the horse that was ridden by Confederate General Stafford?

Q#10 – When Confederate General Jones led his brigade to attack across the open field of Payne’s Farm, what did they encounter at the base of the hill?

Q#11 – What action did a Confederate sergeant in the 50th Virginia Regiment take when he became so upset that his troops would not attack?

Q#12 – Despite the advancement in the development of bullets used in rifles during the Civil War, what type of bullet were some Confederate soldiers still using at the Battle of Payne’s Farm?

Q#13 – What type of artillery shot did Confederate General Carpenter’s artillery battery use to thwart a Union attack on Confederate lines at the intersection of Ford Road and Jacob’s ford Road?

Q#14 – Two part question: Approximately how many casualties did the Union incur at the battle? How many for the Confederates?

Q#15 – What is the significance of the Confederate victory at Payne’s Farm? 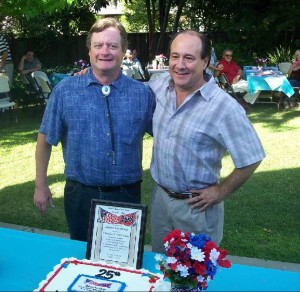 James Hollabaugh on “The Monitor and the Merrimack”

No information has been provided about the content of this presentation.

Based on “The Monitor and the Merrimack” by James Hollabaugh

Q#1 – How many guns did the Merrimack have?

Q#2 – What was the water draft that the Merrimack required?

Q#3 – What unique characteristic did the Monitor possess for its guns?

Q#4 – What was the water draft that the Monitor required?

Q#5 – What standing order governed the firing capability of the Monitor’s guns?

Q#6 – What was the date when the Monitor & Merrimack fought?

Q#7 – What happened to the ram on the bow of the Merrimack after it rammed the Union ship Cumberland?

Q#8 – After attacking the USS Cumberland, what was the next Union ship the Merrimack attacked?

Q#9 – In what Union Navy Yard was the Monitor constructed?

Q#10 – When the Monitor & the Merrimack engaged in battle, which ship fired the first shot?

Q#11 – What hampered both ships’ ability to accurately gauge their firing range?

Q#12 – During the battle with the Monitor, how many Confederate sailors were killed?

Q#13 – What injury did Captain Worden of the Monitor suffer?

Q#14 – What was the result of the battle between the Monitor & the Merrimack?

Q#15 – After the battle, the Monitor sailed up river to Richmond. Why did this maneuver fail?