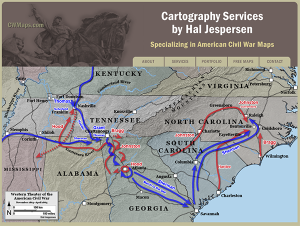 END_OF_DOCUMENT_TOKEN_TO_BE_REPLACED

Q#1 – In September 1861, President Lincoln revokes an unauthorized military proclamation of emancipation in Missouri and relieved the Union commander who issued it. What was the name of that Union commander?

Q#2 – What was the date of the Battle of Antietam?

Q#4 – The Battle of Chickamauga was fought on September 19/20, 1863. What were the names of the Confederate and Union commanders?

Q#6 – What major military action occurred during September 12-15 that was part of Lee’s first invasion of the North?

Q#7 – After many failed attempts to capture it, what Confederate fort located in South Carolina was finally captured by Union troops on September 7, 1863?

Q#8 – What was the name of the battle that was fought on September 12-20, 1861, in Missouri that was won by the Confederates and threatened to keep Missouri in the Union?

Q#9 – On September 4, 1861, a Confederate army moved into Kentucky, occupied Columbus, and began occupying high ground overlooking the Ohio River. What was the name of the Confederate commander?

Q#11 – What major legal action did President Lincoln take on September 24, 1862, that now affected all the states in the North?

Q#12 – On September 8, 1863, the Second Battle of Sabine Pass was fought when a Union flotilla of four gunboats and seven troop transports steamed into Sabine Pass and up the Sabine River. What was the reason for this military engagement?

Q#13 – What was the name of the battle fought on September 21-22, 1864, when Union general Philip Sheridan defeated the Confederate army led by General Jubal Early, which opened up the Shenandoah Valley to a Union “scorched earth” invasion that became known as the “Burning” or “Red October”?

Q#15 – What was the name of the battle fought on September 14, 1862, initiated by Union General George McClellan after he found Lee’s General Order 191?

Jim Rhetta and John Herberich at the 2014 Picnic

Jim’s two-part presentation started with Slavery, a Socioeconomic System. It discussed the economic conditions that created slavery, the comparative value of slaves, and the emerging financial forces on slavery. The South was unaware that the increasing amount of currency in circulation, growing immigrant-fueled labor pool, and changing social values were threatening the economic viability of slavery. These emerging socioeconomic forces would have eventually made slavery unprofitable had the Civil War not been fought.

The second part was on Tangled and Incomplete, Tracing Slave Family Histories. It presented the difficulties of researching African-American family histories due to the forced illiteracy in slavery, limited census data, and paucity of travel, legal, and property records. It includes the family history of Jim’s Great-Grandfather’s slave-holders as well as both sides of his family. The value of oral traditions and histories were revealed in this 40-year search of his family history.

Q#1 – What is another name given to the Battle of Shiloh?

Q#2 – What were the dates when the Battle of Shiloh was fought?

Q#3 – What was the name of the main river that bordered on the Battle of Shiloh?

Q#4 – What were the names of the two Confederate commanding generals at the Battle of Shiloh?

Q#5 – What was the name of the Union Army led by Ulysses S. Grant at the Battle of Shiloh?

Q#6 – What was the name of the Confederate Army that fought at the Battle of Shiloh?

Q#7 – In March 1862, Henry Halleck then Union commander of the Department of the Missouri replaced Ulysses S. Grant as the leader of the western Tennessee offensive with another Union general – then shortly thereafter reinstated Grant as the leader. What was the general’s name who replaced Grant and then was replaced by Grant?

Q#8 – What was the name of the nearby town where Confederate forces assembled prior to their attack against the Union forces located in the vicinity of the Shiloh Church?

Q#9 – Before the battle began, a Union Colonel under General William Sherman warned Sherman that a Confederate attack was imminent. What was Sherman’s response?

Q#10 – Where was Union General Grant located at the time the Confederates started their initial attack at Shiloh?

Q#11 – On the first day of the battle, Union troops formed a defensive line in a field along a road now popularly called the “Sunken Road” where intense fighting occurred. After the battle, what name was given to this location?

Q#12 – Albert Sidney Johnston bled to death on the battlefield of a wound he suffered. What area of his body was he wounded?

Q#13 – On the evening of the first day of battle, Union General Sherman remarked to Grant, “Well, Grant, we’ve had the devil’s own day, haven’t we?” What was Grant’s response?

Q#14 – Who was the Union division commander who arrived late with reinforcements that helped turned the battle towards the Union forces?

Q#15 – What were the reasons the Confederate commanding general withdrew from the battlefield?