Q#1 – What was name of the Union army commanded by General Butler that was located on Bermuda Hundred northeast of Petersburg?

Q#2 – What was the name of the battle fought on May 15, 1864, where Union general Butler’s army was defeated in its attempt on Richmond?

Q#4 – On June 15, 1864, Union general William (Baldy) Smith broke through Confederate lines with a wide open road to capture Petersburg. Why did Smith halt his attack and lose this opportunity?

Q#6 – Who provided Robert E. Lee with conclusive evidence that US Grant had moved his entire army over the James River and was positioning it across from Petersburg?

Q#7 – On June 18, 1864, while leading a Union attack against Confederate lines called Rives’s Salient, what was Col. Joshua Chamberlain doing when a Minie Ball slammed through both of his hips?

Q#8 – In the assault on Rives’s Salient, what is the statistical significance of the casualties incurred by the 1st Maine Heavy Artillery regiment?

Q#9 – What was the name of the Union regiment that consisted mostly of miners that dug the tunnel for the Battle of the Crater?

Q#10 – In feet, how long was the tunnel dug by Union soldiers that produced the Battle of the Crater?

Q#11 – How many tons of gunpowder were placed in the tunnel for the Battle of the Crater?

Q#12 – What was the total number of casualties resulting from the Battle of the Crater?

Q#13 – The Battle of Globe Tavern during August 18-21, 1864, which resulted in over 5900 combined casualties, resulted in the loss of a critical Confederate railroad supporting Petersburg. What was the name of that railroad?

Q#14 – The Second Battle of Reams Station, fought on August 25, 1864, which resulted in 3700 casualties, was a stunning victory for the Confederates. Against which Union commander was this victory achieved?

Q#15 – After the Union victory at the Battle of Five Forks on April 2, 1865, the Confederates abandoned Petersburg and Richmond. What was the total number of casualties incurred by both sides from June 1864 to April 1865? 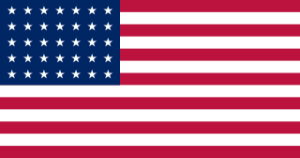 Civil War Quiz: What Do You Know About William Tecumseh Sherman That’s Not Associated with the Civil War?

Q#2 – What town and state was Sherman born in?

Q#3 – What explanation did Sherman provide for how he was given his middle name of Tecumseh?

Q#7 – After graduating from West Point in 1840, in what conflict did Sherman experience his first military action?

Q#10 – In 1853, Sherman resigned his captaincy in the United States Army. What position did he assume in the private sector?

Q#11 – In 1859, what important administrative position in the academic sector was Sherman appointed to?

Q#12 – In June 1865, Sherman received his first post Civil War command. What was that command?

Q#13 – In 1875, Sherman published a two-volume book of his memoirs. What was the title of the memoirs?

Q#14 – In retirement, Sherman was much in demand as a colorful speaker at dinners and banquets. What famous playwright was Sherman fond of quoting?

Q#15 – In 1891, what famous Confederate general served as a pallbearer at Sherman’s funeral and died one month later of pneumonia? 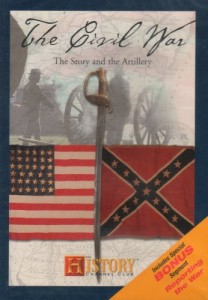 Q#1 – The Battle of Seven Pines was fought on what dates?

Q#2 – What are the primary dates for when the Battle of Chancellorsville was fought?

Q#4 – Two major battles were fought in May of 1864 at the start of what was called the Union’s Overland Campaign. What are their names and the dates they were fought?

Q#5 – On May 4, 1865, a significant event regarding President Lincoln occurred. What was that event?

Q#6 – On May 20, 1861, what major political decision was made by the Confederate government?

Q#7 – On May 20, 1862, what important legislation did President Lincoln sign into law? Hint: It was not a military related act

Q#9 – On May 11, 1864, the Battle of Yellow Tavern, Virginia was fought. What important commander was mortally wounded in that battle?

Q#10 – On May 15, 1864, a battle was fought where the entire cadet corps from the Virginia Military Institute (VMI) made up a portion of the Confederate forces. What was the name of that battle?

Q#11 – On May 2, 1865, the United States Government issued a monetary reward for the arrest of Jefferson Davis. How much was that award?

Q#13 – On May 29, 1865, then President Andrew Johnson took what action regarding most ex-Confederates?