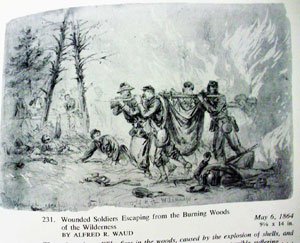 The American Civil War was the beginning effort at illustrated journalism on a large and comprehensive scale on our side of the Atlantic and a far bigger and more successful effort than had occurred anywhere. The first such weekly newspaper, the Illustrated London News, had been established in 1842 and covered the Crimea and Garibaldi campaigns but not to the extent that our war was covered. American papers merely copied their coverage during these conflicts. 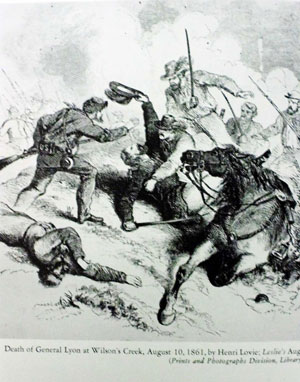 By 1861 three American weeklies had illustrators in the field: Leslie’s, 1855, Harper’s, 1857 and the New York Illustrated News, 1859. While these Special Artists rarely totaled more than a couple handful in the field at any one time they, along with other contributors of various sorts, produced over 6,ooo illustrations concerning the Civil War in the 3 American papers and the Illustrated London News, which was widely distributed to the US and surreptitiously to the Confederacy.

These illustrations gave the American people an emotional and informed connection to their armies such as had never been felt before. The influence of news images upon our wars began with Civil War soldiers witnessing the most penciled war in the papers they read. WW2 might be dubbed the most talked about due to radio broadcasts but then the Vietnam War became the most openly photographed war. Now, with shock and awe so accessible to us we can digitally accompany a bomb to its target. War imagery has become a huge factor in our military schemes. 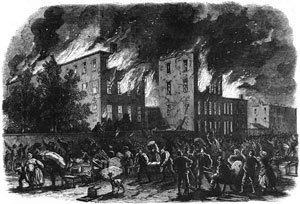 The drawn images from this period, though used often to illustrate modern books, beginning with Battles and Leaders of the Civil War, have not got the attention in terms of academic study and conservation that they deserved over the years. The various artists with a few exceptions, such as Winslow Homer or Edwin Forbes, haven’t had the attention they deserve as chroniclers of the most important American war. What these men were about was a critical beginning in what has become The Media and reporting today. It all began, for us, with PT Barnum and has indeed become the greatest show on earth! Still, the Wauds and Schells and Lovies and Simplots, and others, are not well documented and studied in modern times, though there is a new book out about Frank Vizetelly, the chronicler of the Confederate side.

Working fast, usually from enough distance to allow them to move to another view or a different station on horseback, the artists sketched quick line drawings of important scenes, focused upon details and individuals which they would later recall and build into expanded drawings. Their ability to mentally retain the image data for later workings of their sketches was paramount. The graphic achievements of Frank Schell for Leslie’s at Antietam wonderfully show what the Specials could do and how. In the battle for largest circulation, and the resulting monetary reward, Leslie’s dominated until after mid 1863 when Harper’s finally worked its way to prominence in sketch men and engravers.

Photography would not push drawing and hand engraving out of the printing limelight until late in the nineteenth century but by then the stage was set for ascendance of the visual in our information industry. Today, all must travel at the speed of light to deliver the information we need (usually in video format) to our computers, where we become impatient with download speeds of longer than a minute. It all began with the Civil War sketch artists who laboriously produced the images they figured we needed to see to understand and appreciate our war. They did an excellent job.